In 1959, TV Guide published an essay written by then-senator John F. Kennedy titled, “A Force That Changed the Political Scene.” In his essay, he wrote about how television could fundamentally change the way political candidates connect with the voting public — not just with what they say, but how they say it.

The little-known policymaker was proven right during the very first publicly-aired presidential debate between himself and Richard Nixon. Though commentators who listened to the radio broadcast named Nixon the winner, those that watched the debate on television preferred the calm and collected JFK to the visibly uncomfortable Nixon, who dabbed sweat off his forehead between remarks.

Though Nixon’s campaign scrambled to improve his image in subsequent televised debates, the damage was done. JFK would go on to become the President of the United States just a few months later — thanks in large part to the power of the televised broadcast.

JFK’s approach to political campaigning is a perfect example of how (and why) so many professionals struggle to convey the value of UX in their organizations. Some less experienced designers believe that their job begins and ends with making digital experiences look and feel great. In their view, the work should speak for itself.

Skilled UX designers, product managers and future leaders, however, understand that the value design brings to the business isn’t always obvious. Consequently, they are also capable of making the case for great UX design. How? By communicating their message in a way that will make the most impact on their audience. Like JFK, they recognize that it’s not just about what you say, but how you say it.

This ability to weave business knowledge with communication skills is the 10th competency of UX: Championing the value of user experience.

Speaking the Language of Digital Business

Few people speak the same way at work as they do at home. The words and phrases we use with colleagues are wholly different than the language we use to communicate with our families and friends. Acronyms like ROI and CTA, for instance, may not mean much in family settings, but they play a central role in how we speak about business.

The same goes for teams within a business as well. Designers use an entirely different set of words and phrases than, say, someone working in accounting or legal. Yet, the hallmark of user experience design is its influence on every aspect of business, from accounting and finance to customer service and business development.

By adapting their message to their target audience internally, UX strategists to more easily operate right where they need to be — at the center of user needs, business goals and technical constraints. 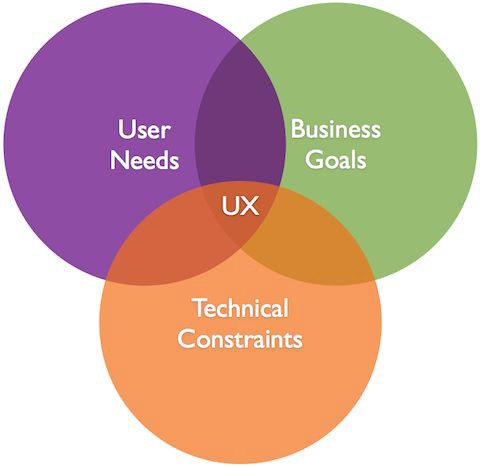 This is why user experience designers have to be able to adapt their storytelling style to their audience. Instead of saying “adding affordance” to talk about interaction design of a button to customer service reps, they may say “making the button appear pushable” instead. The message remains the same, but the audience’s ability to understand and connect with that story improves when designers use words that make sense to them.

UX designers do this every day with great UX writing, and this same skill influences how they talk to colleagues as well. Being able to connect design decisions to metrics is critical, and language plays a central role in doing so.

Let’s look at a few examples…

It’s one thing to attract new users to an experience — it’s entirely another to keep them there. Great UX design is one way to do that, since users are more likely to return to experiences that make it easy to complete a task or set of tasks. One of the easiest ways to determine if users think an experience is meaningful is to look at how many users continue to interact with an experience over time.

UX designers can use rates of active and returning users to make the case for design changes, like this:

Instead of this: “If an interaction or workflow feels seamless and frictionless, they are more likely to continue interacting with it in the future.”

Net Promoter Score, or NPS, helps business leaders understand how loyal their customers are to their brand or their products. Loyal enough to promote the brand! It’s calculated based on responses to a single question: “How likely is it that you would recommend our company, product or service to a friend or colleague?” Higher NPS scores usually correlate strongly with financial growth.

User experience designers know that customers are much more likely to remain loyal to a product or service that feels meaningful and intuitive. These words, however, are unlikely to persuade business leaders who are more interested in understanding how UX impacts the bottom line.

Instead, skilled UX designers may use NPS to convey qualitative design value in quantitative terms. For instance:

Instead of this: “People are more likely to remain loyal to experiences that feel meaningful to them.”

Say this: “Experiences designed by our UX designers showed a bump of +5 NPS in A/B testing.”

The Standard Usability Scale, or SUS, is an industry-standard tool used to provide a quick glimpse into the overall usability of a digital experience. It consists of a 10 item questionnaire with five response options, ranging from Strongly agree to Strongly disagree.

Instead of this: “UX designers can make digital experiences more coherent, consistent and easy to use.”

Say this: “Adding UX designers has been shown to push our apps from Unacceptable to Excellent on the System Usability Scale.”

Bringing it All Together: UX Rings

At Drawbackwards, we use a tool called UX Rings that takes SUS and NPS one step further by providing a more comprehensive look at performance in five key areas. 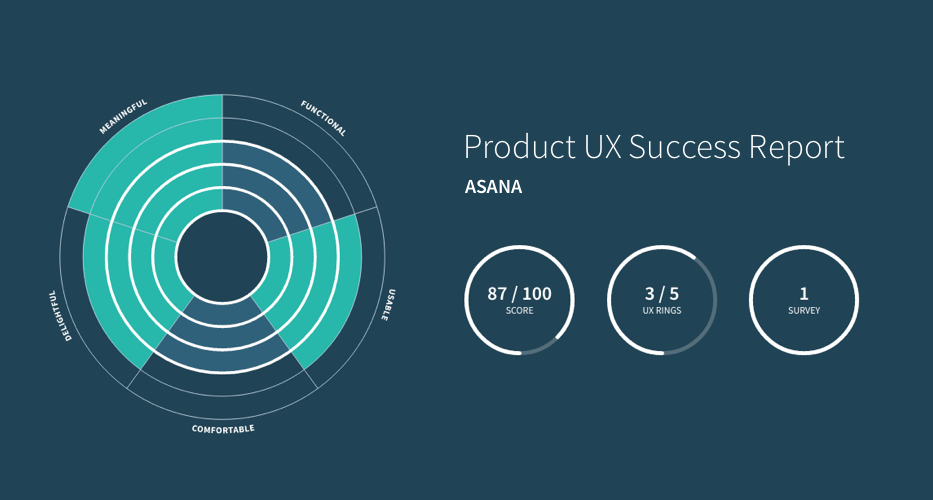 Each rating correlates to a rung on the user experience success ladder, which can be a helpful tool when discussing UX with other business stakeholders. The tool helps designers and strategists quantify their design decisions. Unlike other, more simplified ratings, UX Rings immediately highlights key areas for improvement.

Data and Storytelling in the Digital Age

Beyond mere design skill, UX designers and leaders have to be skilled storytellers. Why? Because aligning business goals with user needs isn’t easy. Unless designers can connect the dots between the business and its customers’ needs, they won’t succeed in turning business initiatives into customer-centric experiences.

When done right, UX can fundamentally change the way a business positions itself in the marketplace. With so many businesses vying for the attention of increasingly sophisticated digital customers, the role of UX is crucial — and the importance of storytelling in and outside of a business is crucial as well.

next
>
No. 9: Infusing Assistance and Intelligence